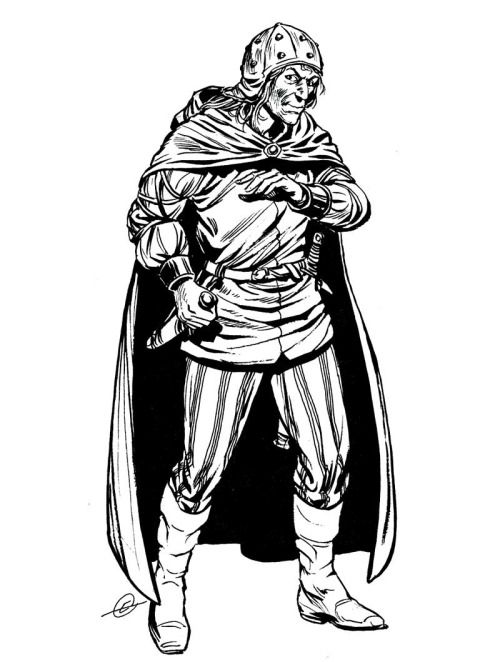 More controversial hackery from the Irish frog! Well, I need to think about this, and no one’s forcing you to read my internet brain.

For months now, I’ve been on the fence about a skill like mechanic in Lunchtime Dungeons. I need to keep the game simple and beginner friendly, following principles like always roll high and no modifiers to rolls, but I cant decently get rid of things like the dwarf’s underground lore, the cleric’s smite & turn, or (obviously) the thief’s skulduggery.

Let me be clear: I don’t think skills killed the game back in ’75, but I don’t want them to go out of hand. And when I find myself writing stuff like ‘Gain pastry chef d8‘ in the haubitz’s progression table, it’s clearly out of hand.

So I’m going to try and use the six stats as skills. I should mention at this point that LD doesn’t use stats at all for the sake of simplicity. But I’m kind of pleased about having these iconic words on the character sheet again.

The system is simple. Skills are a die, from d4 to d12 (with most classes starting with d6), and you need a 4 to succeed. I don’t intend to write rules on difficulties and target numbers, but I’m sure I’ll ask for a 3 or a 5 here and there.

I’m only giving one skill to each human class. Strength to fighters, Intelligence to wizards, Wisdom to clerics, Dexterity to thieves. There is even room for a barbarian and a warlock or bard (but additional places aren’t my priority).

The demihumans have two conditional skills: the dwarf gets Wisdom d6 and Intelligence d6 when underground; the haubitz has Constitution d6 to resist fatigue and Dexterity d6 to hide; and for the elf I’ll go with Charisma d6 to impress and Intelligence d6 for ancient lore. I know what you’re thinking: he’s introducing complexity just two minutes after pledging to KISS. Hey, it’s a work in progress.

Another thought while I’m at it: these six dice are probably going to be renamed feats. So you roll a feat of Strength to lift that gate, or a feat of Charisma to sway Old Pigface into betraying the goblin enchantress.

This is where I think this might end up working somewhat elegantly. As per the master rule in Lunchtime Dungeons, you only roll a skill die if a task doesn’t put you at risk. If there is a chance of you or others being harmed, you have to save. Saves are rolled with a d20 plus a skill die against a target number. (This is also how I handle combat – characters have a basic attack skill and can get weapons skills along the line.)

EDIT: Following some useful comments by Brian and Bruno on G+, I thought I should add that the d20 save comes with a range of results that let me describe various degrees of success and failure, offer choices, take away resources, etc. Here is the table I use:

Until now, characters only had one save die. Well now they have six. But they don’t have a fuzzy cloud of skills.