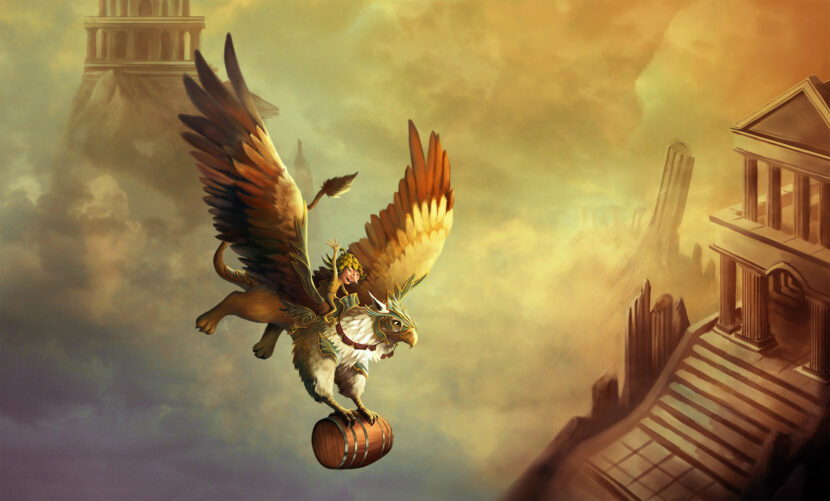 I am back from Trolls & Légendes. I had a blast. It was so nice to meet so many people, many of them I consider friends, who I hadn’t seen in at least three years. Inexplicably, I do not feel drained from the constant socialising, consecutive late nights, and precious little alone time. I am riding the high and I feel energised, ready to take on all the work that’s been behind schedule for months now. If this is how extraverts feel like, I should definitely eat one to steal their powers.

I don’t have time to recount the whole thing, plus I was so underslept during the whole trip that I would probably get the details right. I won’t namedrop much either. Many publishers come to Trolls & Légendes and many of the guests are famous in our circles, so it’d look like someone’s autograph book. I did my best to get dinosaurs like François Marcela-Froideval (it’s ok, he knows I call him that sometimes 😉 to write for KNOCK! or legends like Paul Bonner to draw something for us, and though no hands were shaken, I’ll do my best to gently nag them in the coming months. I had no stock with me to sell, but I showed off KNOCK! to everyone with eyes, and I even got to sign a couple of copies of MM Noisette to the people who’d brought their PoD copies with them.

Having had COVID three weeks prior and feeling the fatigue still, I hadn’t scheduled any games, thinking I’d take a free spot should I feel up to it on the day, but between malfunctioning A/C and plain old staying up past 3am, I showed up both mornings pretty shattered. Fortunately, Thomas at the RPG tables booth accepted to pencil me in when people who’d played Macchiato Monsters with me in 2019 asked if I was running it again this year. The game was on the last slot of the con (4-7 on Sunday) and I doubted my ability to run in a space that sounds (and looks) like a plane hangar full of drunk goblins. Trolls & Légendes, more like Goblins & Breweries.

So I made it as easy for myself as I could: we relocated to a patch of grass between the tents of market vendors and LARPing companies (much quieter despite a few horns and drums sounding off now and then) ; I elected to run Valley of the Desert Hound from KNOCK! 3 which was fresh enough in my mind; I used a simple, top off my head system: I wanted to playtest the core principles of Dwarfs, Elfs, Haubitz, (new project — more on it later) but ended up reverting to something like 2d6 FKR; for character creation, I asked the players to come up with classes, races, traits, etc. but gave them the Sean and Deanna Poppe paper minis from KNOCK! 2 to choose from and use as inspiration. Exploring the valley was a good time for everyone and we would even have reached a satisfying conclusion had the security people given us 10 minutes to wrap up when the closing time bell rang. Ah well, better to stop before finding out whether it’s going towards a flawless victory or a TPK…

But of course, the best times were had back at the hotel after dinner, where a lot of us stayed up late to sample the various alcoholic drinks we always bring with us, while nerding out about everything nerdy. I’m smiling just thinking about it. On the Saturday, I also got to tell everyone who didn’t already know I had turned 50 that day and that I was delighted to have spent it in their company at Trolls & Légendes.

Finally, I didn’t have the required energy to attend any of the gigs. I didn’t stay for Trolls & Légendes regulars Corvus Corax (who schedules a gig at 11:30, Trolls & Légendes?) but I nipped in to listen to The Sidh, and I am glad I did. Here’s a sample I took:

Now that I know that conventions won’t kill quinquagenarian, post-COVID me, I may show up to more of them. At least I’ll investigate going to Octogônes in Lyon in October. And who knows, maybe Gary Con next year?