Skip to content
Who said there should only be one type of gunpowder in the dungeonverse? Following a conversation about ancient handcannons on G+, I started a bit of gygaxian democracy and we ended up with this table. I made some slight modifications and streamlined some prose for brevity’s sake.
Credits: 1 Gherhartd Sildoenfein; 2-6: me; 7-8 Chris Shorb; 9-10 Max Vanderheyden; 11-17 Guillaume Jentey); 18 Jens Larsen; 19 Luka Rejec; 20 Phil. 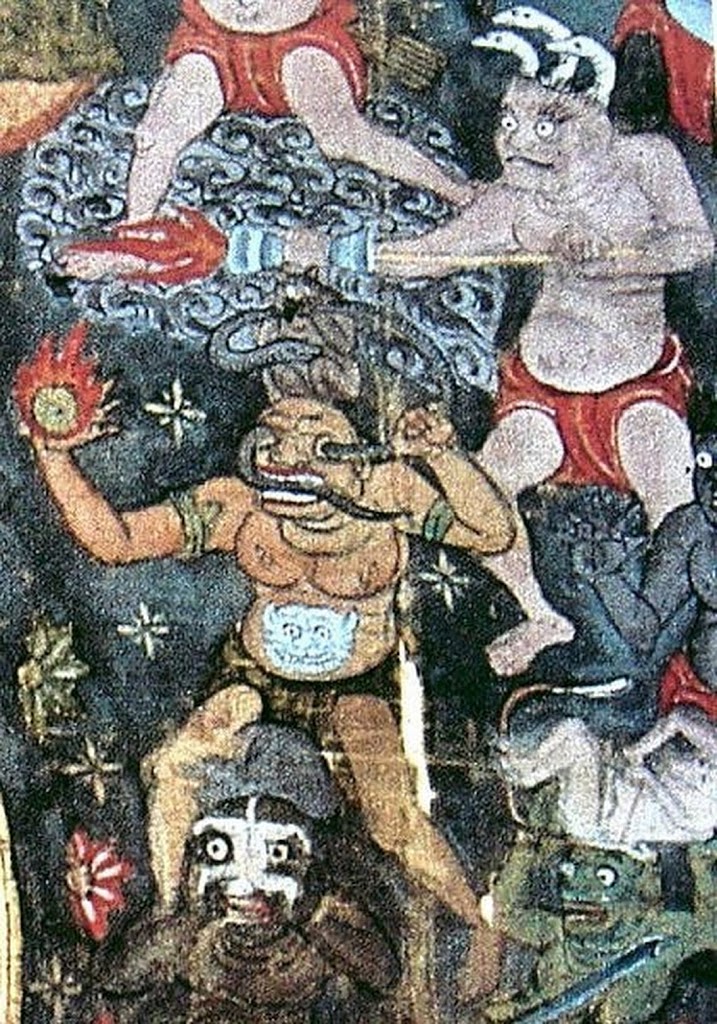 1. Kobold gunpowder is made from flammable beetle dung and has a very distinctive smell stink. Don’t get caught in kobold gunpowder smoke clouds. (Check CON or become ill until you can rest.)

2. Archmage gunpowder can be snorted for magical power – it works as a magical component.

3. Ironsmoke is made by the clan of dwarves of the same name. It uses white sulfur, harvested deep underground, in ghostworm infested caves. Guns that use it never get damaged.

4. Woodland gunpowder draws its special quality from dead treant charcoal. It has very respectable stopping power, but its flames are harmless and it will never set fire to anything. It has semi religious significance in elven culture and only the Knights of the Everburning Soul are allowed to use it.

5. The assassin’s dust is rare and extremely valuable. It is made with dried and powdered displacer beast spleen and blessed during a ceremony that requires the sacrifice of an invisible stalker. A gun loaded with this gunpowder produces only the briefest of flashes and no more noise than a cat’s yawn.

6. Red gunpowder is very common, mostly because those pyromaniac bastards red goblins are somehow found in every major city. It produces loud whistling and colourful lights than can be quite distracting.

7. Wind of the fire giant. Strong sulfur and methane odors accompany the firing of this powder. While not particularly good as a propellant, ideal for starting fires. Long exposure to this powder tends to turn one’s skin deep, bright cherry red.

8. Dragon powder. When a red dragon’s gizzard is de-gristled, what remains is a hard chert-like gastrolith. Those with access to enough diamonds can grind down this stone into a fine powder that burns and burns and burns. Unfortunately, its ignition point is incredibly high, and requires an already burning furnace to light.

9. 非槍 Feiqiang – false gun is derived from an alchemical residue left over from an erectile dysfunction salve. Any application of this gunpowder will appear real, but will in fact be illusory. Requires an illusion save by the target: if failed, treat as if shot by a normal bullet. If succeeded, the target will be unsatisfied with their marriage and will look far another partner.

10. 火藥 Huoyao – fire medicine is made from the peppercorns of a rare and vicious plant. Harvesting these corns is a dangerous proposition as the slightest disturbance to the plant causes the whole seed husk to explode. If processed in the correct manner, this gunpowder can be taken as a drug which will numb the target to the physical and emotional pains of inflicting violence.

11. Living gunpowder is in fact a strange kind of flammable, yeast-like mushroom that grows very fast. At the end of the day, the powder’s dR is stepped up. If allowed to go above dR12, it blows up, dealing d12 damage to everyone in the area.

12. Blessed powder. The high priests of the Temple of the Celestial Wind of Truth make a sacred gunpowder with ground relics and holy prayers. Guns shooting with this powder do damage with advantage to demons and undead.

13. Greek powder makes targets catch fire on top of the regular damage. They take dR6 damage every turn unless someone can put the fire out. On 1-3 on the damage roll though, not only is the die stepped down, but the shooter catches fire as above.

14. Nonlinear powder is made with crystals normally used by planewalking magicians. When used, roll d6 to know when the sound comes:1-3. when you shoot, as normal; 4. at a time of your choosing but in the same place; 5. at a time of the referee’s choosing, but at the location you are at the time; 6. just before the shot, so your target was aware : roll damage with disadvantage.

15. Flour powder is not very powerful (damage with disadvantage) but very cheap and you can bake bread with it!

16. Ice powder doesn’t need shot or bullets. A ball of ice is formed when the powder ignites. On a critical hit the target is frozen for an instant. On a critical miss, it’s you.

17. Reusable powder sometimes leaves flammable ashes after burning. On an even attack roll, you can instantly fire again. Without a bullet, this attack does half damage at short ranges.

18. Ghost powder. A specific ritual binds the spirit of a recently deceased good being to a measure of ground unholy wafers. When activated, the spirit is released, yearning for the next world, and its escape is the driving force that fires the bullet. This does not require actual fire and can be used underwater.

19. Powder powder. It’s so light, it floats. Unless stoppered tight, it can fill up a room with flammable powder. Just like an air burst.

20. Nightmare powder is made out of the eye sand of peoples with bad dreams. Your bullet will never miss the target but, right after firing, you fall asleep and have the worst dreams of your life.